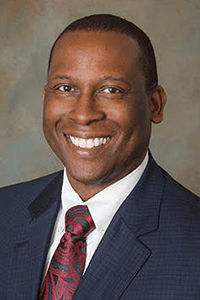 Charles Smith is a member of the Pediatric Home Healthcare Advisory Board. Charles is Chief Executive Officer for Charles R. Smith Consulting, LLC. A company he founded in June 2018. His primary practice areas are healthcare and child support enforcement where he has more than 30 years of state government experience and contacts.

With plans to attend law school, Charles started his child support career as a volunteer with the Texas Office of the Attorney General’s Child Support Division’s (CSD) office in Lubbock in September 1988. He was hired as a child support officer in January 1989. In November 1990, he was promoted to manager of the Midland CSD office. After successfully improving the performance of various offices and regions around the state, Charles was promoted to Deputy Director for the CSD in May 2004. In December of that same year, he was given the additional duty of serving as the Director for Field Operations where he was responsible for the overall delivery of child support services for 2,200 field staff housed in 65 offices across the state. During his tenure, the CSD received its first Outstanding Child Support Enforcement Program award from the National Child Support Enforcement Association (NCSEA) in 2007. Texas won this NCSEA award again in 2011 and 2014. Texas also won the Outstanding Program award from the Western Interstate Child Support Enforcement Council (WICSEC) in 2010 and 2014. In October 2013, Attorney General Greg Abbott appointed Charles to serve as executive deputy over the CSD.

Charles was appointed by Governor Greg Abbott to serve as the Texas Health and Human Services Commission’s (HHSC) Chief Deputy Executive Commissioner in July 2015. In this capacity, he managed the system areas of Medicaid and Information Technology.

Charles was appointed by Governor Abbott to serve as Executive Commissioner effective June 1, 2016. As Executive Commissioner, Charles oversaw the Texas’ Health and Human Services system agencies consisting of a $40 Billion annual budget and 50,000 employees serving 7.5 million Texans in more than 600 programs that ranged from child welfare, hospital finance, Medicaid, Women’s Infants and Children, Long Term Services, and Support and Supplemental Nutrition Assistance Program to mental health hospitals. During his tenure at HHSC, Charles successfully consolidated agencies and improved its overall efficiency and accountability to Texas citizens. In December 2017, he successfully negotiated a federal waiver with the Centers for Medicare and Medicaid Services (CMS) that will bring $30+ Billion in healthcare funding to Texas over the next five years.

Charles retired from state government service in May 2018. During his 30 years of state government experience, he created relationships with many business leaders, state executives and legislators. He has a reputation for being a man of high integrity and honesty, improving operations, creatively resolving problems, and reducing waste.

Charles presently serves on the Board of Directors for NCSEA. He is an advisory board member for Seedling Mentors and Texas Tech University Department of Psychological Services.

Charles is a proud graduate of Texas Tech University.
Back to Leadership